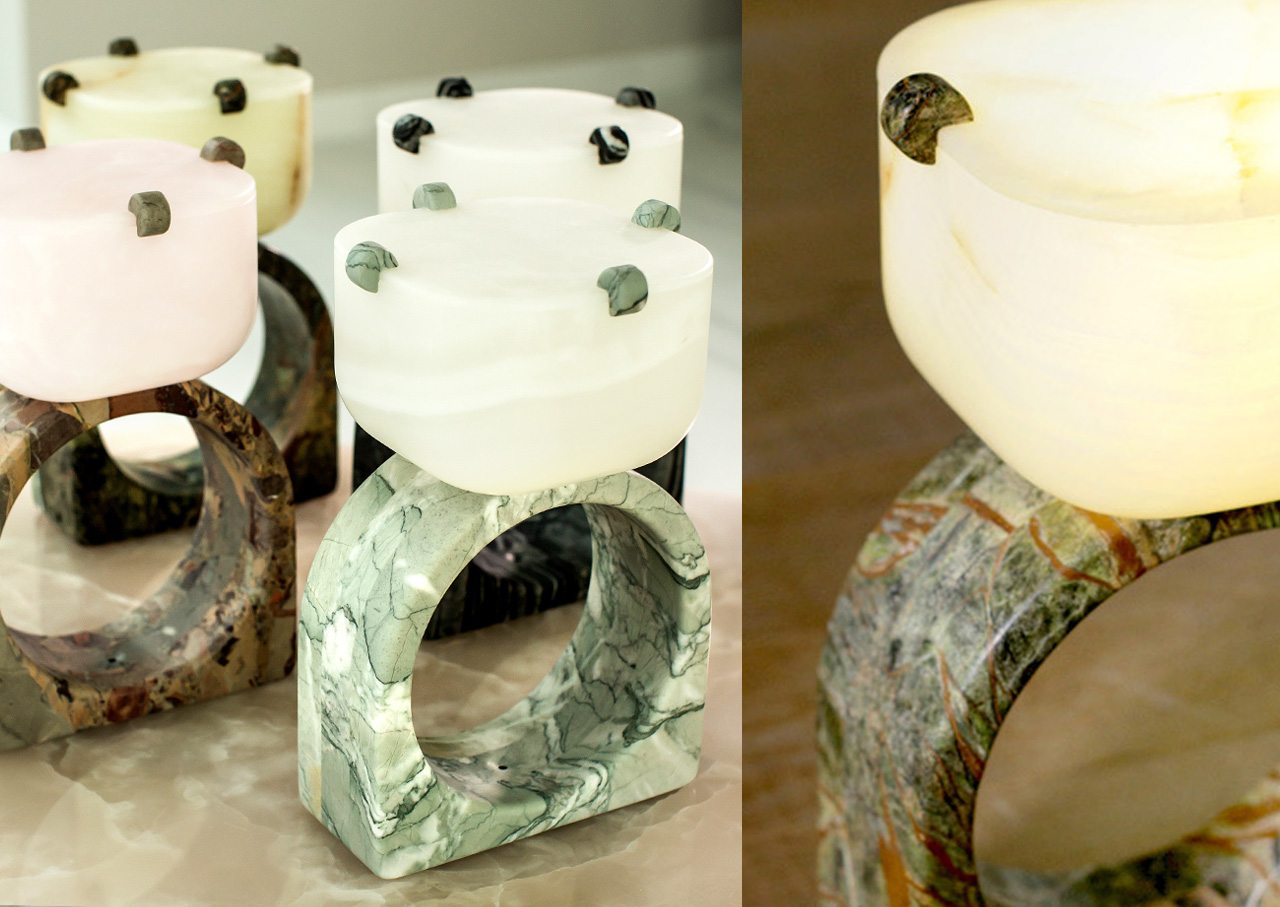 “Alice” is literally a homage to Lewis Carroll’s famous novel.

Following the White Rabbit, the heroine enters an imaginary underground world made up of small conceits, surreal concepts and paradoxes, where she has the most unlikely misadventures.

This distorted parallel universe is full of changes of scale, where the values of objects or characters are transformed.

In the design case of the Alice table lamp, the variation in scale takes the form of a subtle reworking of the relationship between function, form, material and proportions.

At first glance, the lamp looks like a ring with an extra-large stone gem: an oversize item of table jewellery, its proportions correct but unexpectedly produced in shaped marble.

On closer inspection, the object reveals a unique lighting capability, which plays around with the rules of perception.

The base of the “Alice” lamp is available in different types of marble: Blackwood, a material with black streaks, Serracolene Versailles, an exquisite French material named after the Palace of Versailles, Rain Forest Green, an Indian material in shades of green, and Verde Antigua, a white marble with pale green vein patterning. The “gems” are all in onyx, in pastel shades.

The lamp is not operated by means of a standard switch but using a touch system, an additional source of surprise and delight. It is operated by a gesture that calls to mind the act of putting on the ring; when a hand is placed inside and brushed over its base, the onyx gem illuminates to reveal a new design identity.

This site uses cookies to provide you with the best possible experience. If you want to find out more or opt out of all or some cookies, see the Privacy & Cookie Policy. By closing this banner, scrolling this page or by continuing to browse in another way, you consent to the use of cookies. More details.